← Top 30 at the CX Worldchampionships in Zolder
Urban CX, a new race-style! →

Win at the worlds first cyclocross stage race in Switzerland

The organization of the Tortour – nonstop cycling around Switzerland brought up a new race format the first time this year. A cyclocross and gravel stage race. It was a world premiere of its style. A lot of interested people and from many different countries came to Schaffhausen, Switzerland to be part of that debut.

The race was split in three stages, a prolog and two stages. The stages were always started in a mass start. All competitors had to absolve 3230 meters of elevation during 205K of gravel, stairs, snow, mud and pavement. Rain, snow and cold temperatures made it to a real cyclocross event.

Friday:
The race started with a 20K Prolog. It was very fast and it felt like a real cyclocross race. I took the lead after the half of the prolog distance. I kept the pace high to split the punch. I won the first stage with a gap of comfortable 40 seconds. The weather was nice and dry.

Saturday:
During the night a little bit of snow fell on the tops of the hills around Schaffhausen. It was around zero degrees and cloudy when the gun started the first stage. It was the king stage with 1900 meters of elevation and 96K.
The start was easier than the day before. People knew it was going to be a long day. After about 35K I was able to break away from the leading group. I loved to ride thru the fresh snow and muddy trails. The gap between me an the chasing group got big and bigger. But suddenly I had a flat in my rear wheel. No worries I thought and fixed it. Then after 17K before the finish line of stage one I had another punch. Unluckily it was so bad that my tire was absolutely irreparable. What now? Skip the race with a huge gap in front? No. I decided to ride on with a flat. It worked out until around 9K before the finish, then my rim was destroyed. I had to run from now. In the end the chasing group passed me. So I finished with a gap of more than 11 minutes behind the winner on a 6th place.

Sunday:
Raindrops fell but it was a little bit warmer at the second stage start line. I never give up!
So my goal was to win the GC of the Tortour cyclocross. Not an easy task with a mostly flat stage for the last 60K. I knew I have to go hard as hell to reach my goal. But already after 15K I crashed hard in a downhill and hit my calf very bad. It hurt so much. I thought that’s it, no success today. But the american people wouldn’t call me chainsaw if I would give up races after something like that. So then only 3K later I  set the pace high during an uphill and broke away. I knew there were 70k more to go. I had no choice. So I went so hard I could. I was suffering like hell! At the end I had a gap of 13 minutes to the next rider. Unbelievable, I made it possible and won the stage and also the GC of the worlds first cyclocross stage race.

That was a turbulent and happy end of a long successful cyclocross season!

looking forward for some restdays now – offseason is calling! 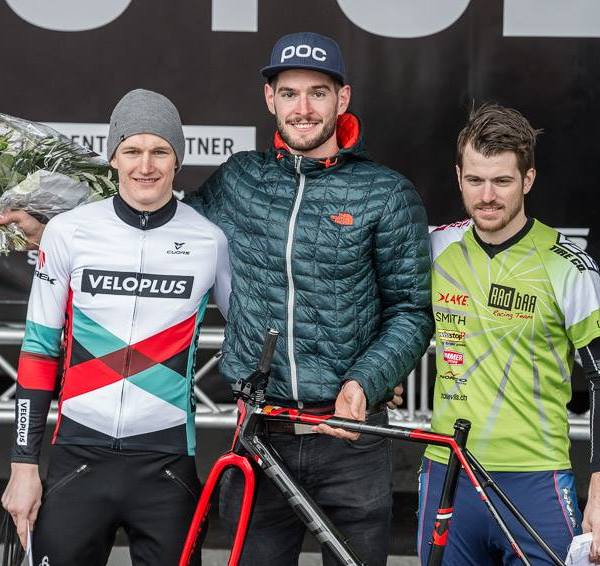 before the first stage 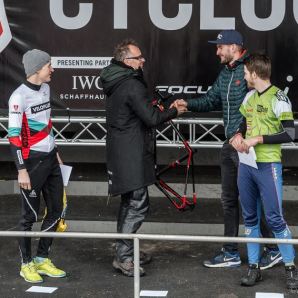 Mike Kluge gave me the price

Schaffhausen after the start 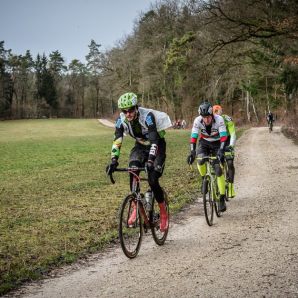 ← Top 30 at the CX Worldchampionships in Zolder
Urban CX, a new race-style! →